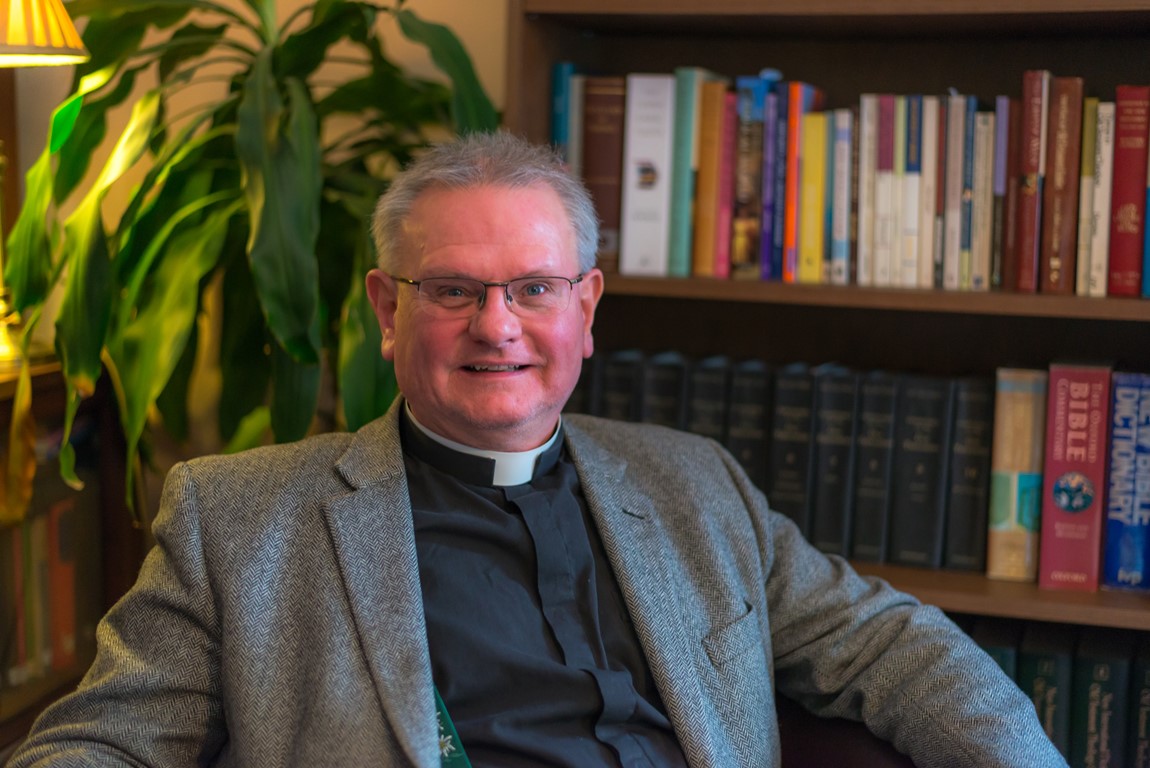 Six years ago, I was immensely privileged to be part of St Mary’s Singers when we sang the foreign language Mass in Notre Dame, Paris, on a chilly April morning. It was a moving experience, the majesty of a building packed with more than two thousand people being an awesome sight. The sight of this same building burning on Monday night was whatever the opposite of awesome is.

President Macron has spoken of how Notre Dame represents not just Paris but the whole of France, a symbol of faith and nationhood. Jack Lang, the former French culture minister, who now has a role with French-Arab relationships, was hosting a meeting with Arab delegates from across the Middle East in a building overlooking the burning cathedral, and everyone in the room, according to M. Lang, expressed their shock and horror. The significance of Notre Dame crossed faith barriers as well as cultural ones.

We often hear it said that the church is people, not buildings. And that, to some extent, is true. But buildings have an immeasurable power that cannot be so glibly dismissed. Notre Dame took over 200 years to build, and has been an iconic presence at the heart of Paris ever since. It symbolises all manner of things: faith, durability, a sense of identity, a sense of belonging; inspired by a vision of the eternal and built by ordinary people, it is a feat of the human imagination and aspiration, to the glory of God and to the benefit of all humanity.

The reaction of many people to the fire – a kind of numbness and shock – is testament to the reach of these places we call holy. We who are custodians of them are often humbled by the awe-inspiring power these buildings have on so many people. I am often told by choirs, for instance, how humbled they are to sing in Truro Cathedral. Our cathedrals and parish churches represent something of the presence of God, and can reach out to people in ways that our words simply do not. We must not ignore their resonance and their incipient power to evoke a sense and presence of the Other.

Our cathedrals are also durable, providing a lasting presence when so much these days seems ephemeral. And they will continue to have the power to surprise us with the hope of new life, phoenixes rising above the ashes. And this was underlined by a British journalist, entering the smouldering Notre Dame in the early hours of yesterday morning, who had pointed out to him, through the blackened interior, an object gleaming at the east end of the cathedral seemingly suspended in mid-air. It was a crucifix.

Thank you. You are now subscribed
Volunteers Week
Thank you to the Friends of Truro Cathedral
Life, the Cathedral and Everything: Dean Roger interviews Bob Smith
A virtual treasure trove of choral music