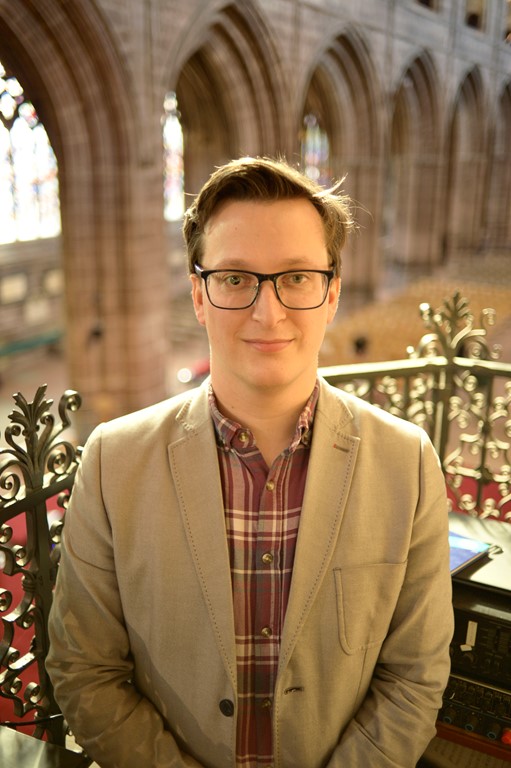 Andrew is looking forward to moving to Cornwall with his wife and two daughters. Commenting on the appointment he said, “I am absolutely thrilled to be joining the well-established music department at Truro Cathedral. Having for many years admired the quality of music from Truro, it will be a privilege to be a part of the cathedral’s wonderful Choral tradition. I am also very much looking forward to playing the internationally-renowned Father Willis organ on a regular basis. My family will be moving with me, and I know my two daughters will adore living in this part of the country.”

The cathedral team extends a warm welcome to Andrew, and sincere thanks to Michael Butterfield who has been Truro’s acting assistant director of music since August 2019.

Andrew joins from Chester Cathedral where he is currently the assistant director of music and an honorary member of the Birmingham Conservatoire.

Educated at Aldenham School, he studied organ with Andrew Parnell and gained an Entrance Scholarship to study at Birmingham Conservatoire where he studied under David Saint and Henry Fairs. Working concurrently with his four-year course, Andrew held the organ scholarship at St Philip’s Cathedral in Birmingham.

After holding the Organ Scholarship at Canterbury Cathedral and being awarded the Associateship of the Royal College of Organists, Andrew became Assistant Organist at Hexham Abbey in September 2012. Alongside regular playing duties, the running of the Chamber Choir and directing the Riding Mill Choral Society, he continued his studies with Gillian Weir, focusing on the organ works of Olivier Messiaen.

Andrew was appointed Assistant Director of Music at Chester Cathedral in November 2016, where he is responsible for the accompaniment of the daily services and assists with the training of choristers and probationers. He also directs the Cathedral Choir on a regular basis and is the director of the Cathedral Nave Choir.