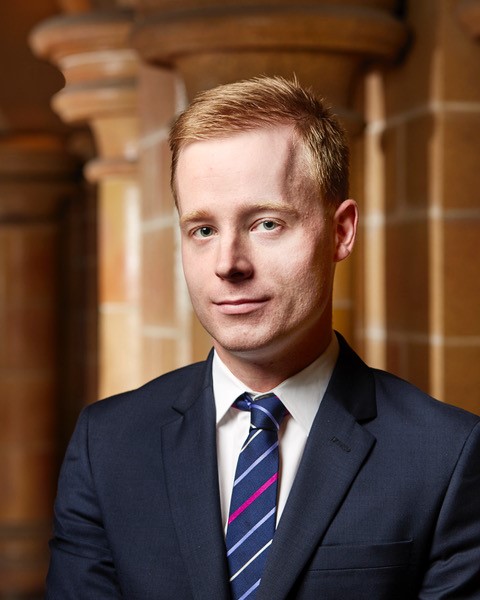 Truro Cathedral is happy to announce that Michael Butterfield has joined the cathedral’s music team for the new academic year as acting assistant director of music.

Michael has just completed a year as organ scholar of Royal Hospital Chelsea and King’s College London where he accompanied the choirs for regular services, broadcasts, recordings, concerts and a tour to the USA.  He’s also recently completed a Master of Arts in Performance (organ) degree at the Royal Academy of Music and in the summer term of he was the Alec Robertson Organ Scholar at Westminster Cathedral where he played and conducted regularly for services. Before moving to London, Michael was the assistant director of music at St Mary’s Cathedral Sydney where he was the principal accompanist for the cathedral choir, directed the St Mary's Singers, and conducted the professional lay clerks and scholar choir. In 2016 he completed a Bachelor of Music degree at the Sydney Conservatorium of Music.

Commenting on his new role, Michael said, “Truro Cathedral is well-known internationally for its eminent choral foundation, boasting a cathedral choir of talented singers performing music from a vast repertoire on a daily basis. This coupled with the famous Father Willis organ (one of the best cathedral organs in the country) makes for a fantastic musical opportunity. I have already been taken with the friendly and welcoming community of musicians, parishioners, clergy, staff and volunteers which has made my move from London (and previously Sydney) to Truro far less daunting.”

Christopher Gray, the cathedral’s director of music, added, “I’m delighted to welcome Michael to the team here in Truro. He comes to us with high-level experience in both organ playing and choir training that I know will enhance our daily round of rehearsals and services, and I’m sure he will fit effortlessly into our close team.”