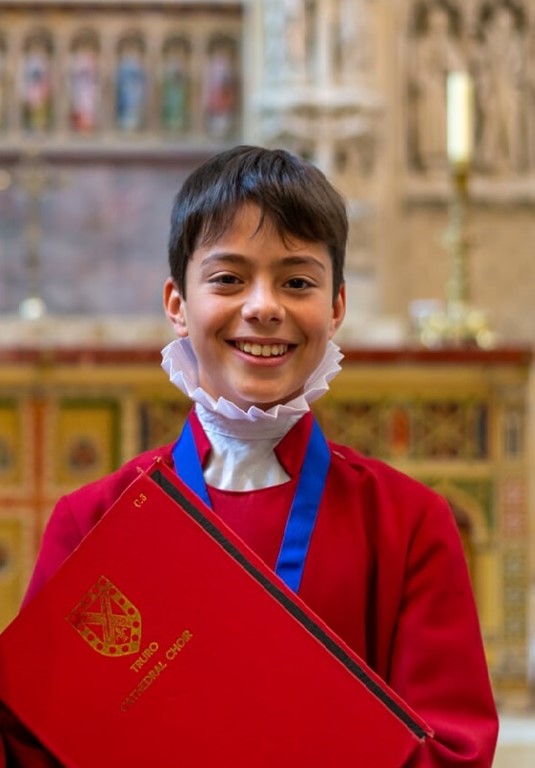 This summer half term will be my last as a chorister, which makes me think about what a busy 5 years it’s been. Some bits have been hard work and tiring, but lots been great fun and rewarding, and when I list it all, it’s amazing to think what we’ve done.

We are pretty busy all of the time, but my favourite choir moments have included some incredible recordings and broadcasts. The choir regularly record CDs but last summer we recorded a song to mark the one-year anniversary of the Grenfell Fire. We filmed a video, and a record company released the song for people to download to raise money and awareness. The music was downloaded by choirs to perform themselves and this year it’s being sent out to all schools.

Last year was busy as in addition to our annual evensong broadcast, we also broadcast our summer concert live on Radio 3 which was apparently a first! And of course, I have to mention our recent Britain’s Got Talent performance…that was pretty amazing and something I’ll never forget, especially the four yeses!

There are some things I’m particularly proud of having done. I sang the solo for the Remembrance Service marking the 100th anniversary of the end of WW1, which felt really important, and then also the “Once in Royal” solo at Nine Lessons and Carols, a very special moment. Benji, the other head chorister, and I wrote the words for a new carol that we sung at that service – we were interviewed for Cornwall Today about this.

My choir time will be finishing with our tour to Slovakia and Vienna, which I’m really excited about, as we’ll be singing in some cool places, not to mention visiting a waterpark!

I’m looking forward to some lie-ins from September as we rehearse every morning from before school, then again after school before singing evensong. And that’s not counting the Sundays of course! But I will miss the singing and the music, as well as some people who have been a really big part of my life for the last 5 years.

Oliver Thorpe is one of the head choristers in the cathedral choir. He will be performing his last concert with the full choir (including all of its boy and girl choristers) on Saturday 22 June at 17:00. Visit our What's On page for more details.

Thank you. You are now subscribed
Truro Cathedral Choir Spring Concert
Service & Music List
A St Piran's Night at the Cathedral
Churches Together Service for the Week of Prayer for Christian Unity