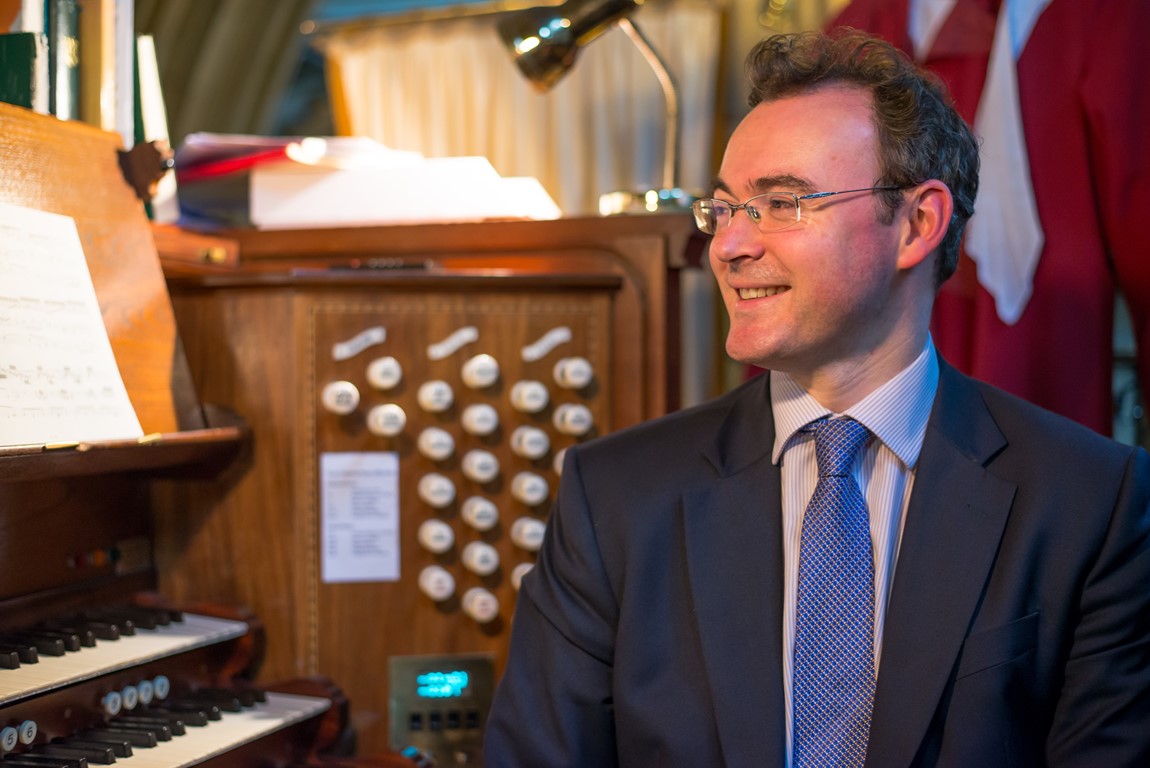 Many musicians hail James MacMillan as being among the world’s greatest living composers – from my own I would certainly agree. MacMillan wrote an extraordinary anthem ‘Christus ’ for the St Cecilia’s Day service at St Paul’s Cathedral in November 1994 and I first came across it while at university a few years later. It knocked me for six in ways I couldn’t immediately describe. Yes, there was a stunning soprano solo soaring to a top B while no one else was singing (MacMillan is a master of using silence and achieving powerful effects with minimal notes on the page); and yes, there were shimmering chord clusters with dissonances that tugged at the heartstrings; and yes, there were grace notes and ornaments in some of the melodies that come from the folk music of MacMillan’s Scottish heritage. But it was something else that gave the music its impact for me: the strikingly original and sincere interpretation of the simple text. MacMillan only sets five words in the six-minute anthem: “Christus , Christus , Christus . Alleluia” (“Christ conquers, Christ is king, Christ is Lord of all, Alleluia.”). Now, I don’t know about you, but I would go in loud if I had to set those words – probably an introduction on full organ followed by some seriously high octane singing. There may even be trumpets involved. MacMillan takes the opposite approach, with a delicate unaccompanied texture where voices come and go like dabs of light. It makes the listener think of what sort of a king Christ really is – the sort of king who chose to be born in a manger in Bethlehem. Out of those most humble of beginnings comes an Alleluia that is nothing short of overwhelming. Because the Alleluia emerges organically from what has gone before, it feels rooted in something genuine and is truly ecstatic and even transcendent. This is the most profound kind of music that only the greatest of composers can write.

James MacMillan’s ‘Christus ’ will be performed by Truro Cathedral Choir at their summer concert on Saturday 22nd June at 5.00pm. Visit our What's On section to find out more.

Thank you. You are now subscribed
Listen to the choir....
What's On
Service & Music List
Volunteers Week